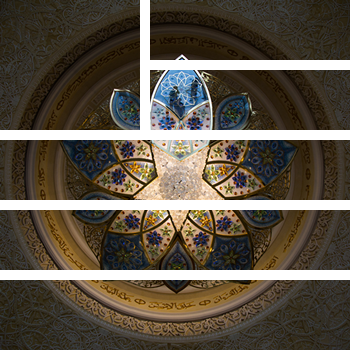 All sorts of images come to mind when one mentions the Arabian Peninsula. But how often are those images connected to local artistry and opportunities for vibrant artists? They should be.

Dubai is typically thought of as the standout of modernity and elegance, and for understandable reasons. Being chosen as the host for a World Expo in 2020 only underscores its position in the Gulf. But creativity and exciting advancements with the arts in the AP go far beyond this one city.

The Power of Simple 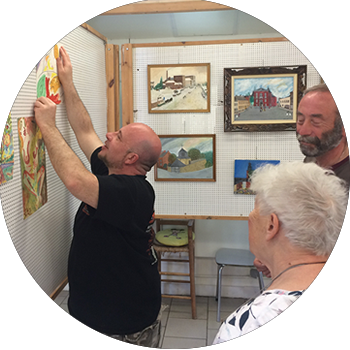 In my first two years in Belgium, one of the most significant things I’ve learned is the power of simple things. One of the values of my church community is integration into local context. We strive to be relevant and active in the city, to be examples of Jesus while being fully assimilated into Belgian culture, specifically, the culture and rhythms of our city. Our heart is to go where people are and be a part of what they are doing—to be the light of Jesus among them.

We do not own a church building, but rather meet in a school. We put on a kids' club in a community building in one of the neighborhoods that is home to many young families. Instead of creating our own program for low income and isolated people, we volunteer with groups that are already established. This simple approach means we can function with a very low budget and little time is needed to focus on maintaining resources. It also means that we are seen by our neighbors as normal people doing normal things. Relationships are created by serving our city in this way, creating ripples of influence.

Just this spring, we saw the difference between two “bigger” and “smaller” events whose community impact were the inverse of their size. The bigger event was an Easter multi-discipline art program put on by the OM Belgium team, including eight artists from various countries. We had professional-quality music and visual art with simple but excellent-quality sound and lighting. Outside of regular church attendees, three visitors came from the city. The quality was there and everyone said it was a great performance, but the people reached were few.

A few weeks later, I participated in an exhibition day with one of the community associations with whom I volunteer. As far as I know, I was the only Jesus follower involved in the program. I exhibited with six other local artists who possess varying degrees of artistic skill. Between 50 and 60 people came—only three were Jesus followers. I was able to share about my artwork and faith, and have open conversations about who I believe Jesus is, because people knew me as a person they respect and trust from my involvement in their daily world. From a professional and artistic perspective, this second event was much less effective, but the kingdom impact ranked it high above the larger event.

The small event is powerful, creating an environment for direct connections and building relationships. It relies on the simplicity of one life touching another. It is in these interactions that lives are transformed.

Songs With No Accompaniment 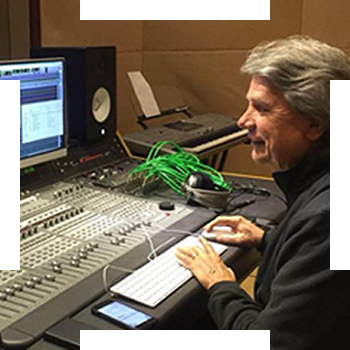 Ken Davidson, co-founder of Heart Sounds International (now part of Inspiro Arts Alliance), formed a connection through unique circumstances with a university student who wanted to compose new Christian worship songs. In East Asia, at the end of a recording project of songs from an ‘underground’ group of Christian university students, a shy young lady mentioned she also had new songs to record. With no time to prepare fully-ar­ranged songs, Davidson recorded her songs without musical accompaniment. This re­sulted in one of the most unusual and histor­ic HSI projects—once back in his home stu­dio, Davidson used music ensemble software to create indigenous instrumental tracks to accompany her songs. The Asian instruments you hear include the erhu, guzheng, and liuqin.

This song was created out of this young woman's personal times of devotion. She is caught up in the love of God as witnessed to in the beauty and provision of His creation. She wants to offer God a sincere heart, for she knows that God is interested in inner beauty more than that of outer appearance.

Listen to this piece here: https://youtu.be/_niALejo4O0

Details
Written by Administrator
Published: 03 May 2018 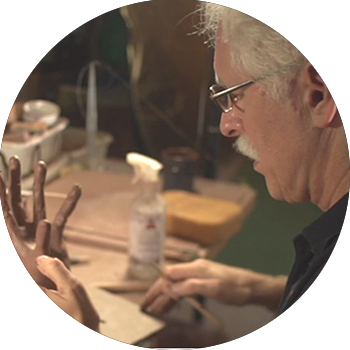 The story of Chuck Tryon who serves with OM Arts. How he went from working in IT to rediscovering his passion for sculpting, and using it as a means to display God's beauty to those around him.

To find out more about Chuck, follow the weblink below.

Details
Written by Administrator
Published: 03 May 2018 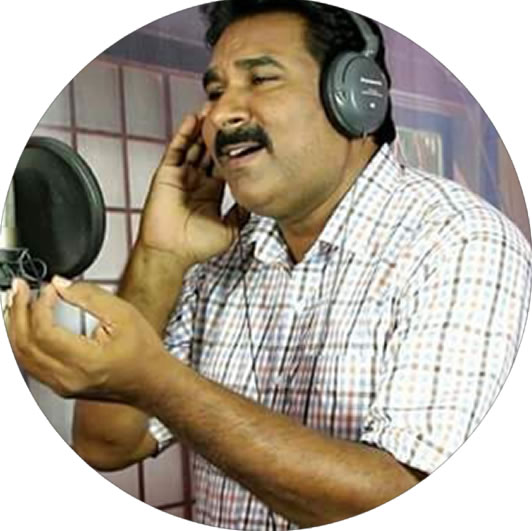 Equipped with a harmonium, a rich voice and a straight forward testimony, Anwar has called many to follow Christ and is helping shape the culture of worship in Pakistan.

To find out more about Anwar and his music ministry follow the weblink below.

Details
Written by Frank Fortunato and Emily Dickey
Published: 03 May 2018 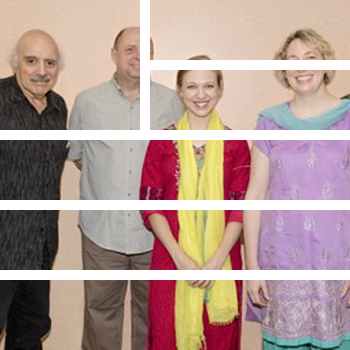 Earlier this year a team of four worship musicians combined efforts to conduct an historic worship seminar and songwriting workshop with local pastors and musicians in South Asia. The four worship musicians represented a triad of ministries: a large multi-campus church in the Midwestern United States, OM Arts' Heart Sounds International (HSI) and the Webber Institute’s GROW Centre. More than forty local pastors and musicians made a 36-hour journey to take part in this workshop.

Three years ago a team from HSI and the American church visited South Asia to survey the worship life of churches and make plans to do a songwriting and recording project with local musicians and pastors. After taking a three-year hiatus, at long last, a team from the church and HSI decided to conduct simultaneous events—which took place in early February.

During these simultaneous projects, the American church's teaching team took one part of each day to conduct biblical teaching, while the music team held sessions of worship teaching and songwriting facilitation (based on the worship teaching) for the remainder of the day.

There were many significant moments. One of these occurred when the pastors decided that, instead of only attending the biblical teaching portions, they would also join the musicians to be part of both seminars. The workshop leaders followed a routine template, providing worship teaching with songwriting instructions using verses related to the teachings. And each time, the groups of pastors and musicians came back with new songs to share with the entire group. Meanwhile, the recording team captured the events on audio and video, facilitated by the US church's professional videographer.

Perhaps the most significant moment of the week was when the team witnessed a new genre emerge from the pastors. They had learned about worship planning that includes an intentional sending—commissioning people to live out the truths they've heard in the preaching—as part of a closing benediction. Benediction scriptures were handed out and the teams went to work composing something new to them: a benediction song. The first group’s song was in their usual joyous call-and-response style with drums. Remarkably, however, two of the three new songs had no instruments and the songs were in a quieter, slower, more devotional style, sung together in unison—something the team had never heard from them during either trip.

Additionally, these two songs had been written simultaneously in two different locations of the building. The team was speechless. One of the team's members asked some questions about these contemplative songs: “Are these existing melodies?” No, they are brand new. “Do you have other songs like this?” No, we’ve never heard anything like it. “Why did you choose to write like this?” Their simple answer, "We didn't know how to write a benediction in song, so we prayed. We don't know how it happened."

These pastor-musicians instinctively knew they needed to compose in a new genre. The teaching team realized the pastors are sending out their congregations into challenging environments to be salt and light, so the way these benediction passages needed to be sung was different from everything else they sing. All knew it was from the Lord! Everyone was witness to an historic event.

The projects concluded with two days of non-stop recording. Among the songs recorded were a children’s song in English (with students from a nearby school), songs from earlier decades performed by a soloist in her dialects, and the songs from the pastors in their own tribal language and dialect.

The American church will continue to send pastoral teams to work with these pastors. No doubt musicians from the church will also join these teams to see the birth of more indigenous worship songs from the local pastors and musicians.

One of the speakers summed up his thoughts about the future: “We are watching the birthing of new ethnic worship songs. We will likely see these songs sung by the vast numbers of believers around the throne in the ages to come."