On Monday, we introduced you to Steven Chuchu from Tanzania and his new album, 'Omoghaka wa Nguru.' Today, we are featuring more about songs 3-5 on the album. Read below to find out about this beautiful new music!

You can find lots of info about the Kuria people on the Internet. They live along the border between Kenya and Tanzania, near Lake Victoria, and in TZ have a reputation for being aggressive. This isn't completely true.

The kind of Kuria language that Steve uses in these songs is liberally mixed with Swahili. It's not pure Kuria, but reflects how many Kuria people speak Kuria, mixed with Swahili. What's unique about this song and the other Kuria songs is that we recorded the instruments live, and they're acoustic. What you hear is pretty much what you get in a live performance. Most produced music in Tanzania, particularly Christian music, relies on electronic sounds, and even electronic instruments.

In the song, Steve references witches and witch doctors. These are part of present reality here in TZ and are sometimes considered a source of power in the community for helping people fix problems and make things happen that they want to happen. Traditional elders, also mentioned in the song, would likely direct people towards these traditional sources of power rather than to Jesus himself.

The song encourages people to dance. When people hear this song, they must gather together and dance. The music helps with that. The large bass like instrument is called Lilandi, or sometimes litungu and is a significant part of Kuria traditional music. I'm not sure what the other instruments are called, but these all go together as an ensemble; you can't have one without the other. This music is also heard at different kinds of celebrations and sometimes in traditional ceremonies, not all of which honor God. In our efforts, we hope to redeem these instruments, this kind of music and even the people who play it, for God's glory.

‘Omoghaka wa Nguru’ as you hear it now is different from its first inception. Steve first developed it with electronic sounds from an arranger keyboard. Through time, and ultimately with the advice of the musicians we worked with, it became what we are now releasing. The next three songs were composed not long before we went to record with the instrumentalists. They are not as well developed, and I don't actually know many details about them.

You can see the meaning of this song in the translation. There's aren't many lyrics, but lots of music.

There are lots of lyrics to this song, but the message is the same: submissive repentance, begging God for forgiveness. It reminds me of Psalm 51.

To listen to Steven's music (from his new album as well as previous albums), please scan the one of the QR codes below with your mobile device or visit the following links: 'Omoghaka wa Nguru' or 'Anadumu Milele.'  For translations of these songs, please visit this page. 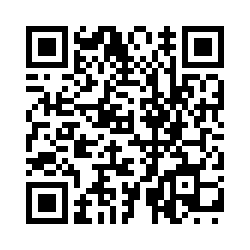 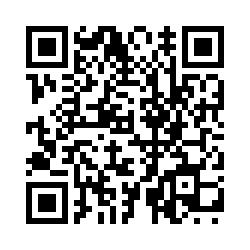 For more articles about Steven, see here and here.

More in this category: « Conveying the Beauty of Scripture on Canvas 'Omoghaka wa Nguru' : A Conclusion »
back to top
© 2021 Inspiro Arts Alliance. &nbspA ministry of OM.
Some Photography provided by Garrett Nasrallah & Fritz Liedtke.