In today's post from the Archives, read about an HSI trip to Mongolia in 2015, during which they recorded new Mongolian worship songs. The team was so excited to hear these songs and to see how the Lord would use them in the future.

What a delight to be with our wonderful Mongolian family again. Heart Sounds first entered the country in 2003 with a team of two, Frank Fortunato and Paul Neeley. A major breakthrough came in the first song­writing workshop with them. Prior to this, they had very few worship songs of their own. And, there was no use of the traditional instruments or song forms of Mongolia for worship. This first project sparked a number of new songs, including some with Mongolia’s indigenous sounds.

After several years of subsequent projects, Mongolia now has a large repertoire of new worship songs.  Previously, we only knew of Ganaa, one of Mongolia’s most well known Christian composers. This year’s project is a recording of 18 new songs written by new composers, musicians, and worship leaders.

Geoff Logan served in overseeing song production, enlisting the help of two friends, Zach Annette and David John. They produced very good accompaniment tracks of a wide range of styles, including indigenous sounds of Mongolia.  This was a first for Heart Sounds to produce the tracks by a team of USA producers/musicians.  All songs were created from demos sent by our Mongolian friends.

Ken Davidson then spent five days in Mongolia tracking all of the vocals. The spiritual vitality of the Mongolian church was once again experienced, beginning each morning with typical Mongolian “style” prayer and worship. We were quite amazed with the amount of vocals captured in three very full days of recording.

Another highlight for Heart Sounds was to record traditional Long Song which will be featured in a song sung by Altagerel (note his picture with the National Worship Council shown below).

These songs will be greatly used in Mongolia and beyond! 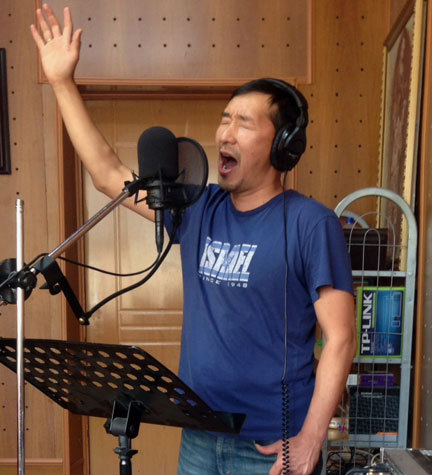 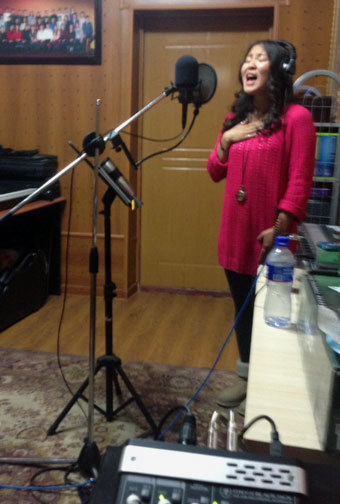