A Week of Hope

On this week's post from the Archives, read about an HSI trip to North Africa in 2016. On this trip, the team ministered to refugee and street children, using music as therapy. The children found joy and hope as they used music to process their experiences and learned that God cares deeply for them.

In February, an HSI team, comprised of Beth Sederstrom, Hendrik Jansen, Deborah Kim and Allison Sherwood, headed to North Africa to use music as therapy among refugee and street children.

As Christians, we know God is our hope in the past, present and future, and He can help us through any situation. The team decided to use the concept of hope as a theme for the week. Working with refugee youth in the mornings, the team used music to help the children connect and deal with their pasts. Inspired by different activities, the children used drawings, song and dance to share about their home towns and their present situations. Rap was a very popular art form among five older boys in particular. Their lyrics were very insightful! 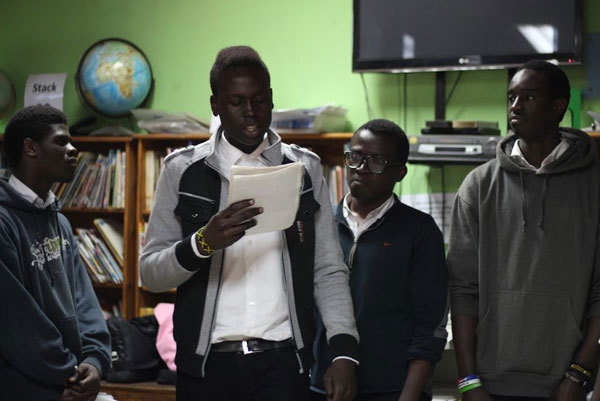 Throughout the process, the team served as facilitators as well as cheerleaders when the children became shy about their new creations. Toward the end of the week, the group focused on what hope looked like to them in the future. Combining the different creations together, they formed a song/rap/dance that spoke of the children’s hopes and internal strengths. Joy flowed from them as they embraced the creativity process and encouraged each other through music.

In the afternoons, the team worked with street youth. Learning quickly that the children loved drawing, the team had them draw happy memories and tell about them. The drawings were used to cover musical instruments that were made out of rubbish, i.e. plastic bottles, pop cans, tuna cans, plastic oil tubs. These individualised instruments allowed the youth to have something to call their own and remember the week in the future. 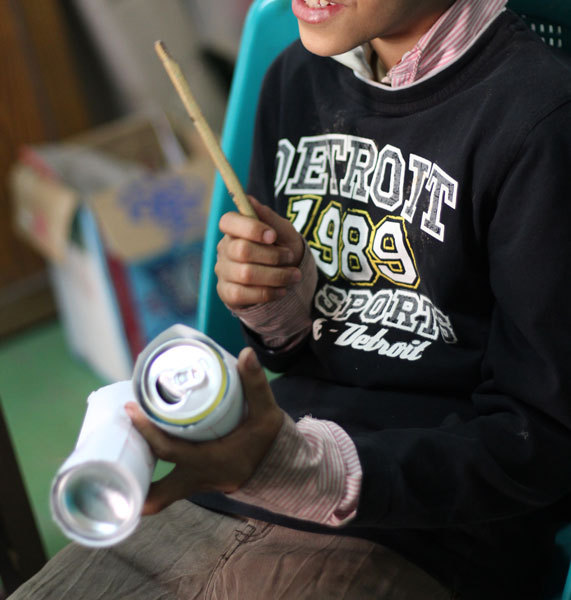 The team then taught the children to play the instruments as an ensemble. There was much laughter as they experimented, and by the end of the week, the children were able to sing their own songs over these rhythms. Our prayer is that the experiences gave the children joy and happy memories to keep them through the dark of the night out on the streets. God filled the week with laughter, hope and joy for both the team and all of the youth.