To Share the Good News: Recording Studio in Benin

Recently, two of our team members, Mat Carson and Daniel Lim, took a trip to the Republic of Benin (located in West Africa) to set up a recording studio in conjunction with Africa Sings. Africa Sings is a ministry that seeks to foster peace between Christians and Muslims throughout Africa. This was a short 3-day trip filled with set-up and teaching, but the Lord worked to encourage and equip all involved.

Daniel, himself a recording artist, helped set up the studio. He consulted with a couple of other Inspiro musicians about the necessary gear, then helped the team in Benin to get it up and running. Ibrahim and Ben, working in the studio in Benin, shared, “We were very happy when they came! They taught us many things.” 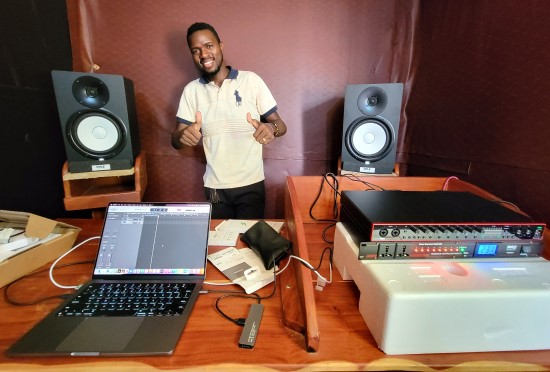 For those in Benin, the studio is the answer to many prayers. Ben and Ibrahim shared, “A long time ago, we were dreaming about the studio. We were writing songs but didn’t know where to record them.” The team was quite resourceful during studio set up – they soundproofed the space in advance and made speaker stands of their own. When they needed to fit a table lengthwise in a space that was too small, they called someone to saw the table down to size. We all laughed as Daniel shared this story, and the joy and excitement over the studio was evident on Ben and Ibrahim’s faces. 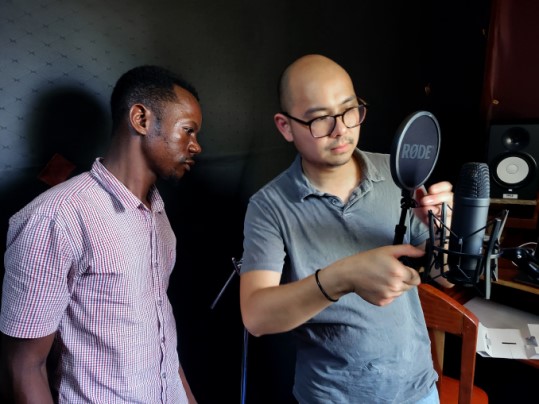 Ben and Ibrahim are already hard at work with other believers in the studio, writing and recording new songs. They are Fulani, a people group who have not historically had worship songs in their own dialect. Now, not only are Fulani songs being written, but they can be recorded, as well. Ben and Ibrahim shared, “Through the studio, people are realizing that Fulani are Christian, and they want to be Christian, too.” They have a great passion for the gospel to be shared as a result of the work in the studio, hoping to share the love of Jesus with non-believers who have inquired about recording there. They are already seeing the Lord at work, and they are fervently praying for this to continue. 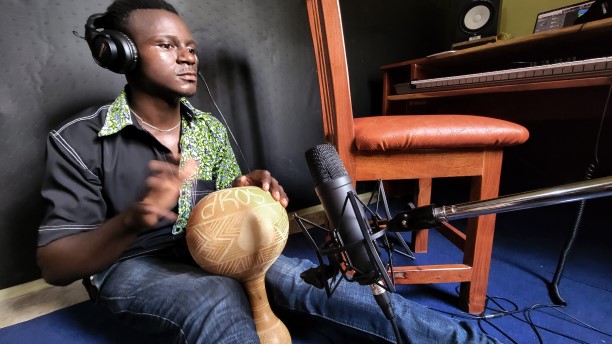 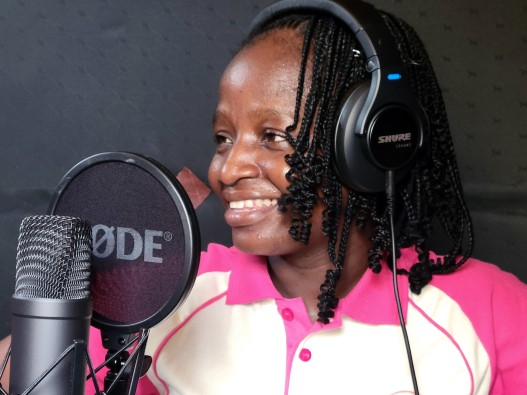 Moving forward, Ben and Ibrahim shared that they want to train others to work in the studio. They also requested prayer that the things recorded in the studio would touch the hearts of those who are not believers, and that those in the Republic of Benin who do not know Jesus would begin following Him. They also asked that we be praying for peace and protection from the Enemy, as the recognize that he does not want people to become followers of Jesus. With great humility, Ben and Ibrahim asked that we pray for Jesus to be seen through their behavior so that all the world might know that Jesus is alive!

We are so excited to see how the Lord continues to work in Benin, and we are thankful for our partnership with Africa Sings. Please join us in praying for those working in the studio there, that the gospel might go forth!

More in this category: « Witness to New Beautiful Worship Mining for Local Art Gems in the Philippines »
back to top
© 2023 Inspiro Arts Alliance. &nbspA ministry of OM.
Some Photography provided by Garrett Nasrallah & Fritz Liedtke.