Today's Archive Wednesday is a trip report from an HSI project in South Asia in July of 2018. During the trip, the team conducted a songwriting workshop with local pastors and musicians, teaching them to write worship songs in their language and traditional style. The team was ecstatic when the pastors created a benediction song - a new genre for them. Read more below about the trip!

Three years ago, a team from HSI and an American church visited South Asia to survey the worship life of churches and make plans for a songwriting and recording project with local musicians and pastors. After many years of prayer and preparation, this project finally took place in February. The team represented a large church from the Midwestern US, Heart Sounds International (HSI) and the Webber Institute’s GROW Centre. More than forty local pastors and musicians made a 36-hour journey to take part in this workshop.

During the workshop, members of the American church conducted biblical teaching for one part of each day. For the remainder of the day, HSI provided worship teaching with songwriting instructions using Scripture verses related to the teachings. After time to compose, the groups of pastors and musicians came back with new songs to share with the entire group, which the US church’s professional videographer recorded. 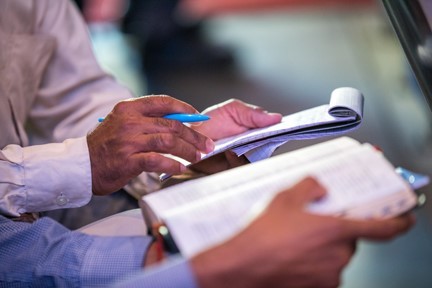 A significant moment occurred when the team witnessed a new genre emerge from the pastors. After learning about worship planning that included commissioning people to live out the truths they heard in the preaching as part of a closing benediction, the participants went to work composing something new to them: a benediction song. The first group’s song was in their usual joyous call-and-response style with drums. Remarkably, the other two songs had no instruments, were sung in unison and were in a quieter, slower, more devotional style.

One of the team’s members asked some questions about these contemplative songs: “Are these existing melodies?” “No, they are brand new.” “Do you have other songs like this?” “No, we’ve never heard anything like it.” “Why did you choose to write like this?” Their simple answer, “We didn’t know how to write a benediction in song, so we prayed. We don’t know how it happened.” 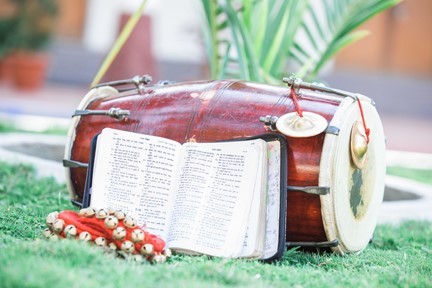 These pastor-musicians instinctively knew they needed to compose in a new genre as they sent out their congregations into challenging environments to be salt and light. All knew it was from the Lord! These new songs were recorded as well as a children’s song in English (with students from a nearby school) and songs from earlier decades performed by a soloist in her dialect. 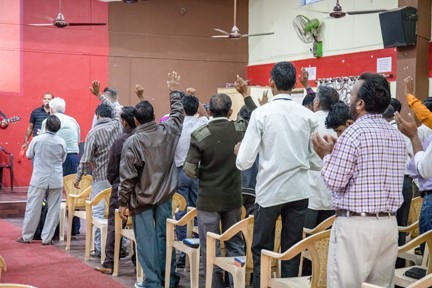 One of the speakers summed up his thoughts about the future: “We are watching the birthing of new ethnic worship songs. We will likely see these songs sung by the vast numbers of believers around the throne in the ages to come.“

More in this category: « "Collision: How I Found My Life By Accident" Now Available! To Share the Good News: Recording Studio in Benin »
back to top
© 2023 Inspiro Arts Alliance. &nbspA ministry of OM.
Some Photography provided by Garrett Nasrallah & Fritz Liedtke.