The Crown of Creation: Camp NEON and Redemptive Love

This week, we took some time to talk with Hensie van der Merwe in the Ukraine about her work with the immersive drama camp, Camp NEON. Read below about the beautiful and transformative work God is doing among teenagers with a history of trauma through the art of theatre!

1. What is your role in the drama camps and who serves as staff?

I am Camp Director for all our Camp NEON projects. NEON is an acronym in Russian which stands for Hope, The Gospel, Fellowship and Mentoring.

Our OM team in Odessa all serve as camp staff - Nikolai Niuniaiev is our camp coordinator, Yulia Podolyan serves as craft master, Yulia Niuniaieva takes care of all our volunteers, Samuel Hughes is in charge of Bible lessons and experiential prayer for the campers, and Joy Loke is in charge of an interactive program for all the younger kids at camp whose parents serve at camp. There are also a couple of volunteers that serve on our coordinating team.

Our team all work together on initial program writing; after all key concepts have been decided on, however, the real work begins and each does his part. Nikolai and I write the actual theatrical scripts. We write our scripts in such a way that the participants (teenagers) are able to influence the action, so that they help the protagonists find answers to life's hard questions and are taken on the journey with the characters to find salvation. Only then do we begin asking them questions such as, ‘And how about you? Your life? Your decision?’

When we write programs we always start with a situational analysis - what are the felt needs and real needs of our ‘audience’? Then, we write what we want to convey into the programs. This is especially important because our audience since 2014 has been orphans, at risk teens, and teenagers living on the front lines of the active war zone in the east of Ukraine.

We have seen how cathartic and healing it is for these young people when they are able - in this safe environment of a ‘play’- to face the big questions of their lives and hearts together with the characters in the story. For instance, when we did our Lord of the Rings camp, the king asked head on – ‘Why does God allow all this pain of war?’

In 2019, we did a Star Wars camp 80km away from the front lines, and the participants were all teenagers from towns where the fighting takes place. One of the main questions asked was, ‘Whom do I trust when I am in danger, in fear, or in pain?’ We also asked, ‘Do I give in to hatred or chose to love my enemy’ and ‘Can I do that in my own strength?’ All of this leads to the fact that the answers are found in what Jesus did for us on the cross.  Out of 38 teenagers attending the Star Wars camp, 19 made a choice to follow Jesus.

Our camps also serve as training for local leaders who continue to work with the teenagers after camp, and we follow up with more training.

3. Where do the camps take place and how long do they last?

As seen from the previous answer, we do camps in various places including the war zone, ‘Donbass.’  When our team travels so far (700km) to go and do a camp, we start with 3-4 days of preparation which includes 'camp building,’ setting up tents, décor, etc.  During these days, we also train the team of local volunteers in the basic principles of experiential learning and especially how to use debriefing of the experiences for the teens to draw true learning from them.  Then we also help the volunteers to themselves become part of the theatrical world we are creating for the campers. This includes learning some terms, songs, and getting to know one another and the characters in the story. The camp time for the children is usually at least 8 days.

The second the teens, arrive they are immersed in the story. They are greeted by characters in full costume (all the personnel wear elements of a costume) to a world that is never ‘camp’ but instead whatever we have created.  For instance, the Star Wars camp started like this:

Teens are chased off the bus by an Empire Storm Trooper and greeted by the Princess of the planet, Melasurej  (Jerusalem written backwards). They are informed that their planet has been destroyed, and they have been given refuge on this planet where they will now be working as slaves of the empire and sorting out electronic garbage until such a time when the Princess decides to bow to the Empire. They also need to stay away from the Ewoks - which they saw as they drove onto the campgrounds - they are a wild local people and may react violently (in real life they are the kids of the leaders - ages 5-10 running around in green hoods). This camp program was basically the story of Moses and the 10 plagues.

The rest of the first day, the other slaves (leaders/coaches) introduce the teens to their new, humble home. They are divided into teams, told the story of their history, and informed there will be a celebration in the evening for which they must prepare.

During the camp days, while the theatre story unfolds and actors interact with the children 24/7, they are at camp - they have Bible lessons, do sports and crafts, go on quests, and have campfire discussions - just a lot of fun.  But all of this is dressed up in the story, and each place and activity gets a name that goes with the camp theme. Every morning and evening, there is some theatrical action, but theatre action can also happen during crafts or lunch as something might be stolen, someone kidnapped, and the whole camp suddenly must leave what they are doing to save the princess...or blow up the Death Star before they are all destroyed.

The most important learning time, however, happens around the campfire in the evenings - it is here where the experience of the day is debriefed, and everyone gets to think about and share how what we have lived through in this day impacts our everyday lives outside of the story. This is the time when the ‘masks come off,’ so to speak, and we can share about Christ in our lives and challenge the young people about their lives.

5. How have you seen these camps influence lives and share the love of Christ?

In a previous section, I shared about how 19 teens made a decision for Christ. The camp is always a part of ongoing ministry to young people, though. The fact that these kids are being discipled when they go home is even more important. We have also seen leaders impacted through their time helping, like Anya, who became a believer after being part of the theatre team.

6. Do you have a favorite story of a time a difference was made in a child’s life?

I guess the first full theatrical camp program I wrote contains one of my favourite stories...

The program was written for orphans (around 180 of them). The idea was that they were students or archeology who travelled to the Middle East to help our main protagonist, the Professor, to find the illusive ‘Crown of Creation.’ The kids simply learned the story of creation, and each day they literally dug up some artifact that spoke about what God created when. In Bible lessons, they learned what God says about the ‘crown of creation.’ Since many (if not all) orphans struggle with believing they are worth anything, the message was - YOU are the crown of Creation! The last day, the Professor announced that the crown has been found and that the campers will get to look at it. In a very elaborate ‘game,’ we set up a zoo and had kids team by team go through it. The actors played different animals, doing fun stuff - but showing off that they are not ‘the crown.’

The last ‘station’ was a small tent you had to crawl into - and there was the crown. I had the honour of taking each of the 180 kids into that little tent, showing them a mirror, and explaining to them that each of the amazing things they had heard that week about the crown of creation is true about each of them.

It was amazing to see the impact on the faces - disbelief, revelation, and then, slowly - acceptance. ‘God thinks I am special - so very special.’ And then time and time again there were tears. Time seemed to stand still while I held so many of them – from little kids to big, mean teenage boys, crying in my arms, in the privacy of the little tent. . . 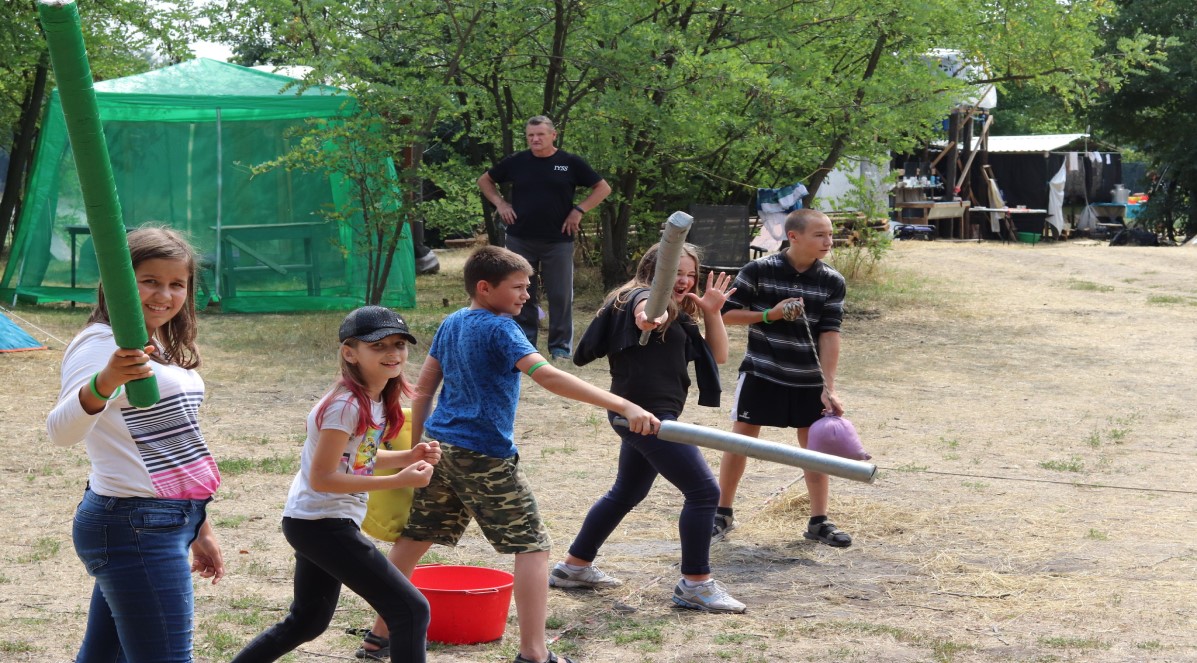 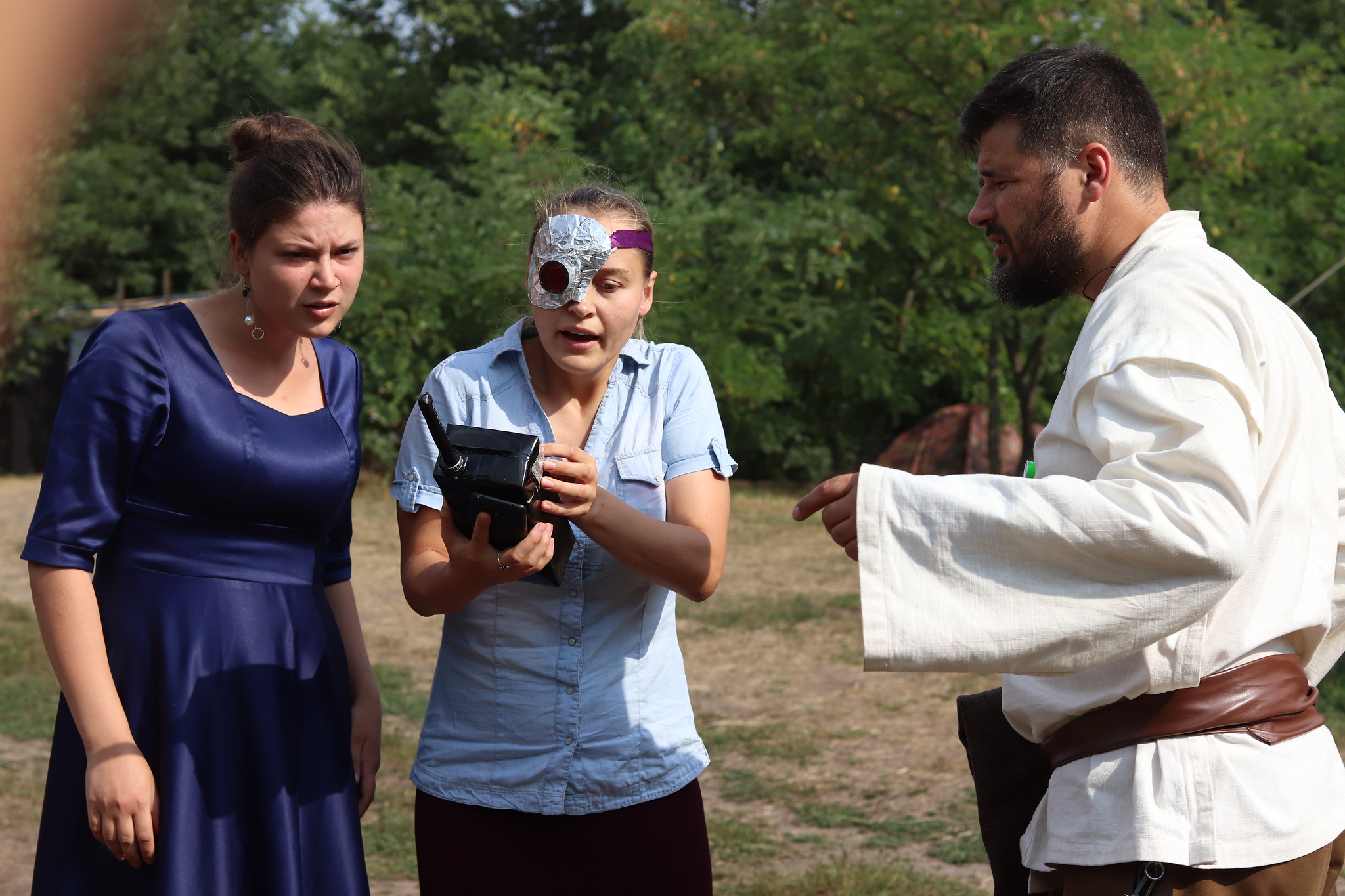 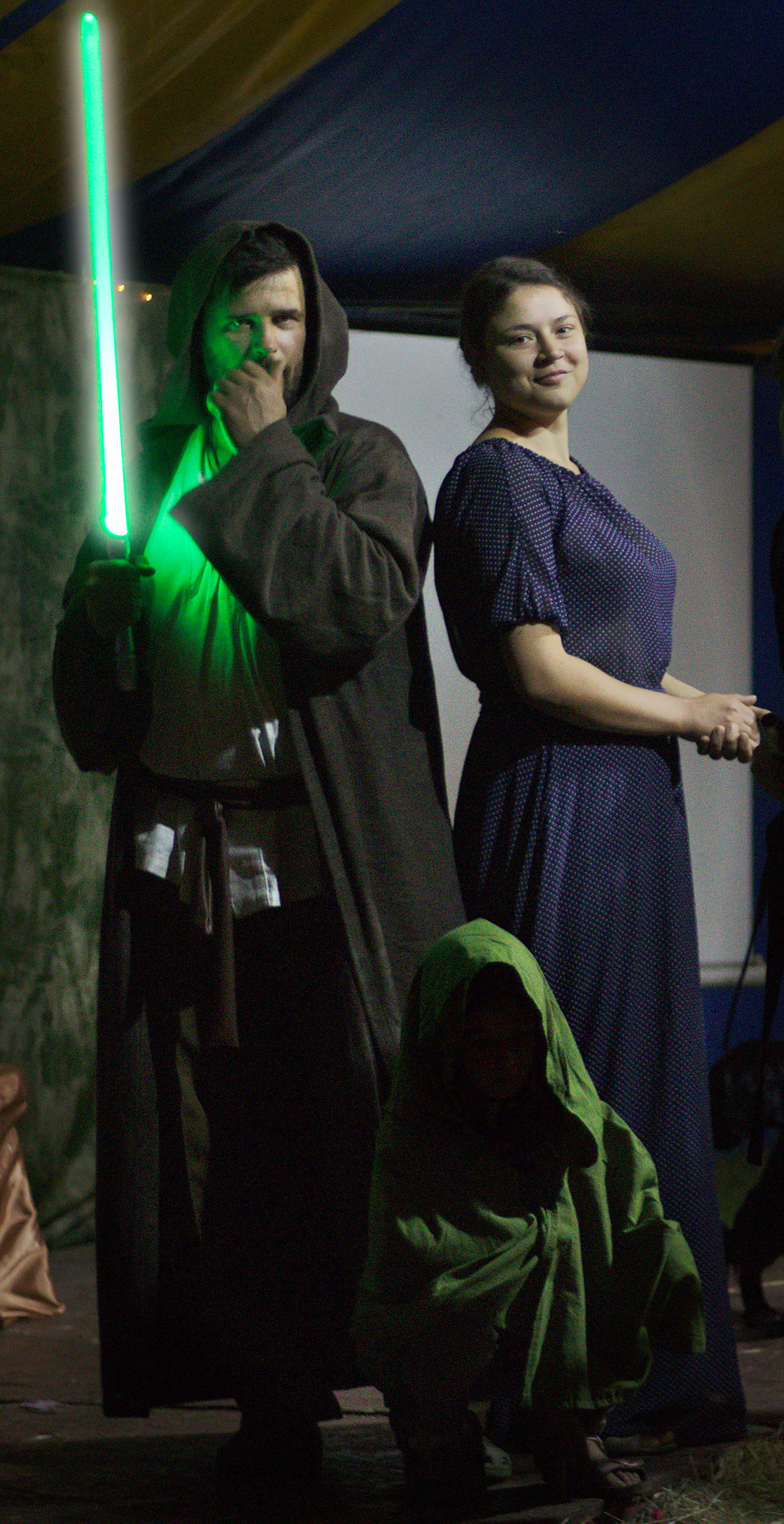