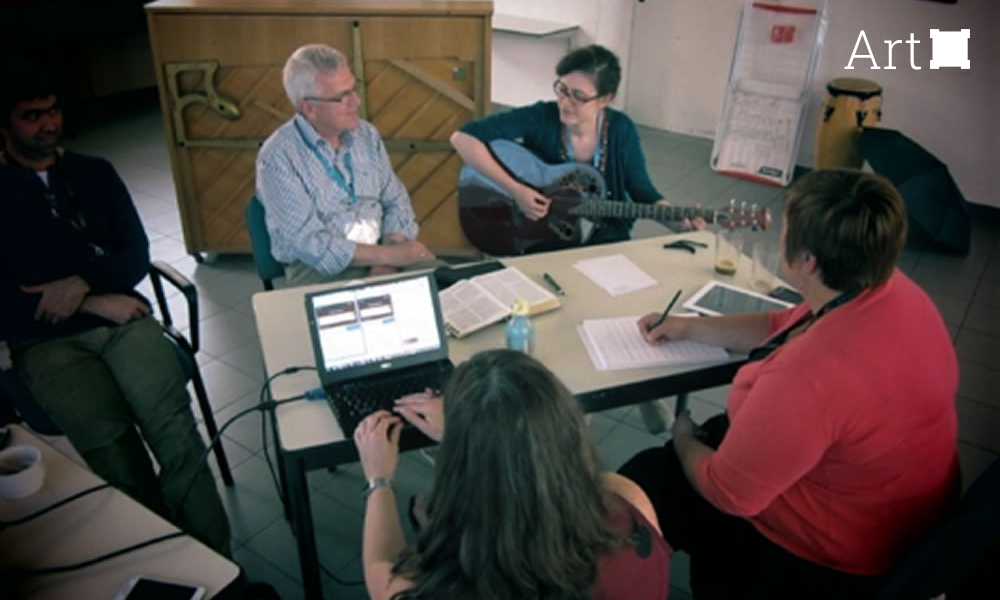 Marc is a retired Belgian pastor who came to the songwriting workshop with his daughter. Speaking with him and watching his part unfold over the weekend was a personal delight. He arrived Friday with great anticipation. He admitted that he wasn't a musician and didn't see how he could personally contribute, but he had a passion for young people and in particular, had a great desire to see the Belgian church find its unique voice in the Body of Christ, and rise up and take its place in forwarding the Kingdom of God in the world. He spoke with great passion of the history of Belgium and how it has been overlooked and even trampled on by the surrounding countries. (Belgium as a country is quite new; it only became a nation in 1831 after the Belgian Revolution, but it has always been a centerpiece of conflict and occupation.) Friday night's teaching was on heart worship and why we should write new songs, and after, Marc shared with me how excited he was for the weekend and how much the Flemish church needed this teaching and opportunity to write Flemish songs to the Lord.

The next day, I watched Marc come alive in his songwriting group as he sat with his Bible and inadvertently became the group's wordsmith. As a pastor, he was the theologian and had the ability to take the Dutch text and contextualize it with a Flemish voice. I took a short video of the group while they were practicing (click on the photo below), and he nearly jumped out of his seat with excitement. There were smiles of joy and fulfillment all around the room as they sang.

“I’m surprised I could actively participate. I didn’t expect that.”
– Marc, retired pastor and workshop participant

“In the 5 workshops I’ve done so far, this has been the most diverse range of songs.”
– Tim, team member

There were three songwriting groups in the Belgian workshop. I had the privilege of floating through the groups and noticed that all three groups switched from English to Flemish in their conversations. I observed it happen in one. They had been trying to translate the Bible from "proper" Dutch into colloquial Flemish, but they were speaking in English for the benefit of the non-Flemish speakers. It wasn't working, and they were frustrated. Finally, someone said, "It's okay to speak in Flemish. I don't need to understand what you're saying." At the same time, they also stopped to pray because there was clearly a mental block that needed a breakthrough. That permission and time of prayer changed everything. Creativity kicked in, and they wrote this beautiful song, "Hij Geeft Mij Kracht" ("He Gives Me Strength"). Here is a basic translation created that day:

➨ OM Belgium team feels equipped to lead their own songwriting workshops, and plans are already being made!

➨ Three Flemish songs written during the songwriting workshop! Each song was entirely different from the others.

➨ Personal learning for me—I feel confident enough to co-lead a songwriting workshop, and it was inspiring to participate in group songwriting during the Training Workshop. Our group wrote a bi-lingual French-English song for the Belgian church, based on Isaiah 52. 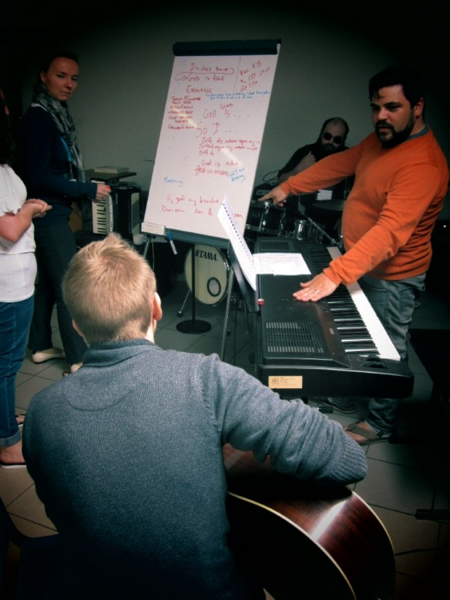 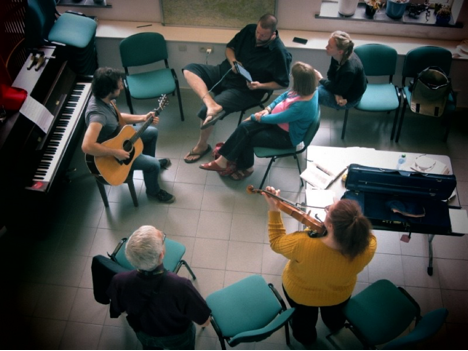 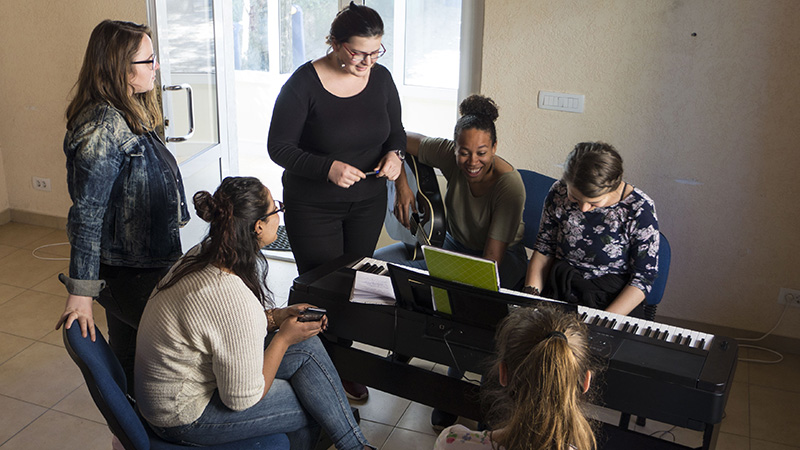 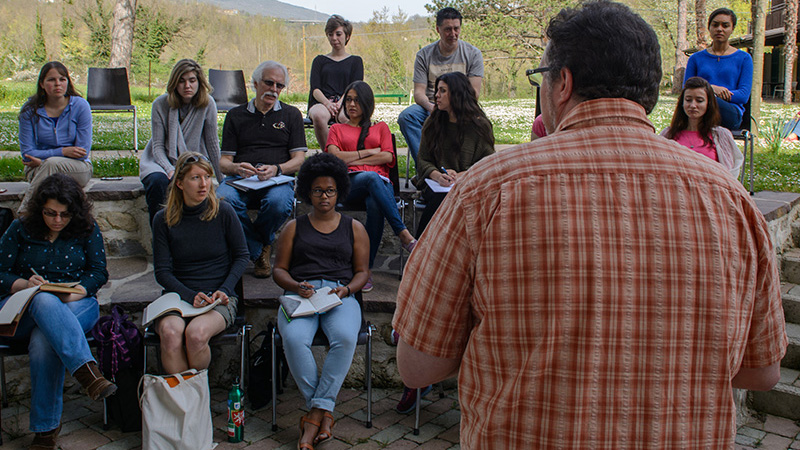 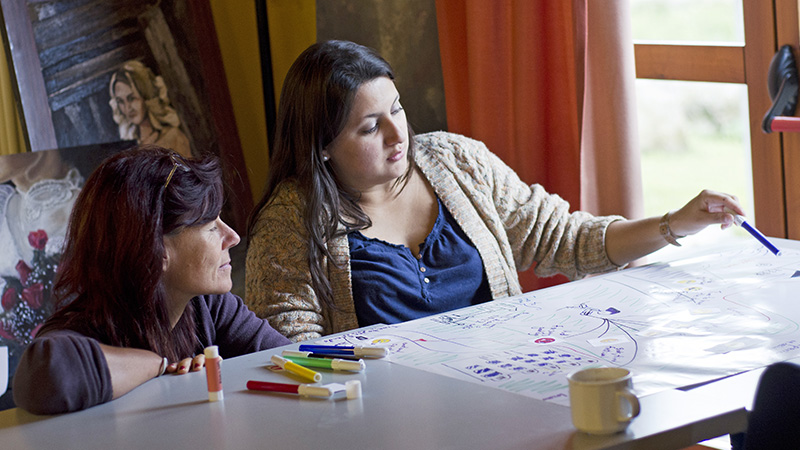